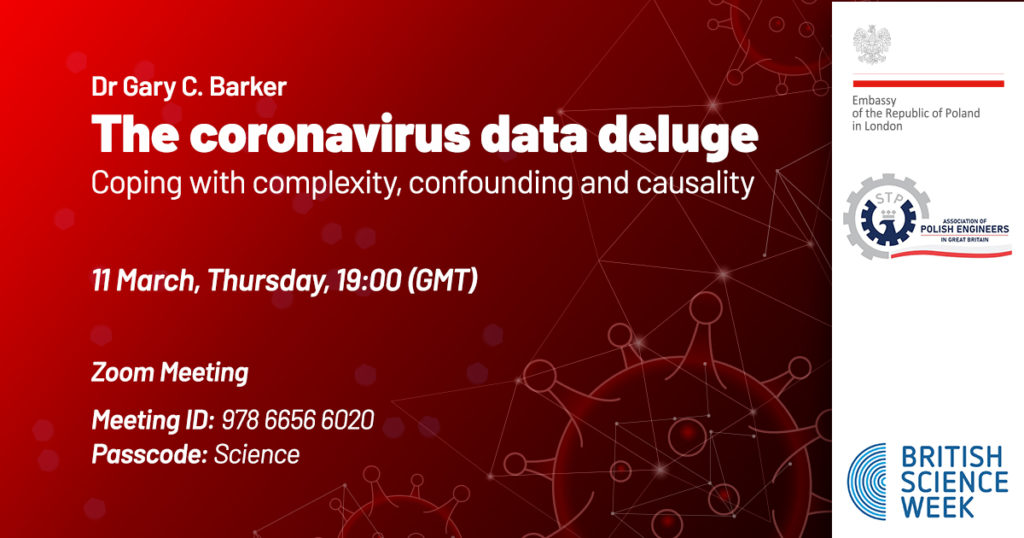 In an interview, in 1999, Stephen Hawking said that he thought the 21st century would be the “century of complexity”. It is not easy to say what he meant but 20 years later everyone is aware of ongoing change – complex events such as the financial crash, global warming, genomics (and meta genomics) and viral spread in social networks stand out, but are difficult to grasp, and seem to support Hawking’s suggestion.

One property of complex events is a massive increase in the amount of data that appears to be relevant – “data deluge”. As a consequence, it is clear that complex events make it very difficult to connect causes and effects in a simple way – which adds to a feeling of insecurity and erodes trust.

The 2020 pandemic has generated unprecedented amounts of data which, in turn, has driven myriad decisions that affect everyone – but the role and impact of complexity has not always been visible.  We will examine some of the complexities involved, in counting cases and in developing responses, and review how these have been communicated.

In the face of complexity, we all evaluate evidence differently – by combining a subset of the available information with some of our own, already established, values. Although we could all say that our decisions are following the science it is more difficult to ensure that the science is the only thing that they follow.

gcb is a happily retired research scientist who has previously worked on many projects centred on food safety modelling, risk assessment, preparedness and decision support. This research involved statistical analyses, probabilistic models, Bayesian networks and artificial intelligence and benefitted from collaborations with colleagues from across the world. Initially gcb completed a Ph.D in theoretical physics, specifically quantum mechanics, before moving onto computer simulations of materials and then a career in food safety, risk and behaviours. Fascination with quantum physics never declines and retirement “seems to lead into the heart of an immense entanglement.